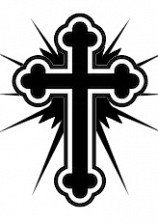 "The Seniors" as they are commonly known, was established in January 2000.  The objectives of this ministry are to promote activites for senior citizens of our church and other surrounding churches, whether they be Orthodox or not; to promote camaraderie among senior citizens; to participate in Church events and contribute time, talent and treasures to the Church; and to provide education and recreational activites for all members.

Any person who has reached the magic age of 50 may become a member of The Seniors.  Dues are $5.00/year and the montly lunch during meetins is usually around $6.00/person.  Meetings are held the second Tuesday of each month except July and August when The Seniors take a break.  Meetings begin with a fellowship luncheon followed by the business meeting.  Some months also include recreational, educational, religious, or historical programs.  Other months may include games, a trip to a restaurant instead of the social hall, or simply just time to reminisce.

Over the years, in addition to meetings, the Seniors have attended dinner shows, the theater, toured museums, met with government officials, planned various excursions, and enjoyed many interesting speakers and entertainers.

Being part of The Seniors, members have formed new friendships and reestablished old friendships.  Anyone who is at least 50 is encouraged to join The Seniors.